Betaine anhydrous is a vitamin-like substance, a new type of high-efficiency growth promoter for livestock, poultry, and aquatic animals. It is neutral and changes the acidity of betaine hydrochloride. There will be no occurrence of compounding with other raw materials in feed. reaction. So that the role of betaine can be better played.

In aquatic products, it can improve the palatability and utilization rate of bait, increase feed intake, and increase daily weight gain. It is the main attractant component of aquatic bait.
Betaine anhydrous has a protective effect on the stability of VA and VB and improves the use effect. It does not have the irritation of betaine hydrochloride and is the best taste in the betaine series.
There are 6 major functions of food lure:
①The effect of food inducement to gain weight is outstanding. It can increase the food intake of aquatic animals and increase their growth significantly, and the production of general fish can be increased.
②Save feed. After adding the feed attractant, the feeding time of aquatic animals is shortened and the underwater feed is exhausted, which can save feed cost.
③Improve the nutritional level of feed. According to the test, 1 kg is equivalent to the nutritional value of 3.5 kg of methionine.
④ It is an ideal feeding inducer for aquatic animal larvae, which promotes early feeding and more feeding, and significantly improves the survival rate of larvae.
⑤The administration of drugs to prevent diseases is a difficult problem in aquatic animal breeding. After adding the attractant, the aquatic animals can eat the bait smoothly.
⑥ It is a better trap for large water surface fish farming. Set up openable and closable net cages on the surface of the water and feed them regularly with feed mixed with attractants. The catch rate of fish after being domesticated is over 85%. This is an advanced method for realizing the supply of live fish to the market.
Key points of use:
①The scope of adaptation: for all aquatic animals that are bred with artificial feed, adding this attractant to their feed has a significant effect of attracting weight gain. In addition to being widely used in various freshwater fish farming, it is suitable for those who use live food as live food in the natural world. The effects of raw aquatic animals are more prominent, such as soft-shelled turtles, soles, eels, eels, shrimps, crabs and frogs, mandarin fish in fishes, black snakeheads, seven star fish, rainbow trout and baby fish, etc.
②Using concentration, the original powder is used for fish farming, and the addition amount is 0.2%-0.3%. To trap wild fish, the concentration should be appropriately increased; for turtles, the most economical and effective concentration is 1%.
③How to use. Stir the attractant evenly into the feed in proportion to feed it. In order to prevent the loss of the attractant, the feed is processed into pellets or extruded feed for the best effect.
Storage: Prevent water from entering during storage and transportation. Store in a cool, dry and dark place.
application:
Betaine can be used in the feed industry; pharmaceutical-grade betaine can be used in medicine, cosmetics, food, fruit juice industries and dental materials, and betaine can also be used in the fermentation industry. 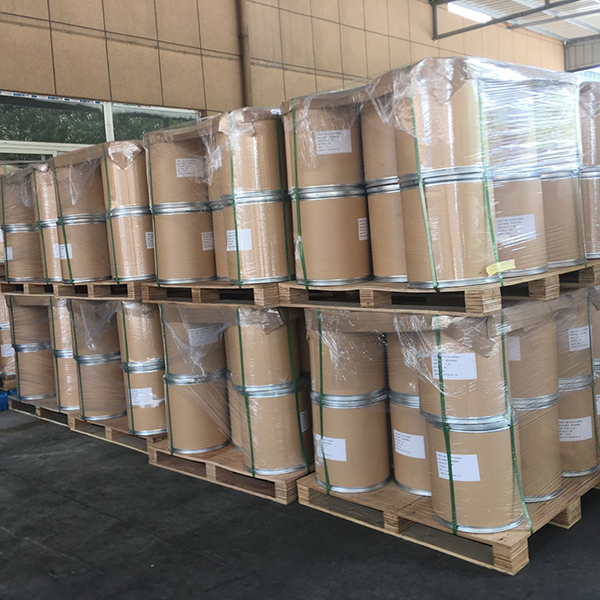 Zouping Mingxing Chemical Co., Ltd. was founded in 2002. It is a professional manufacturer of medical and pesticide intermediates, food additives, electronic flame retardants and fine chemical raw materials. With the continuous growth and development of the company, in order to expand overseas export business, Zouping Mingyuan Imp&ExpTrade Co., Ltd. (export sales company) was established in 2008. To become a large export company integrating industry and trade. Relying on a strong R & D team, rich production experience, and the quality assurance system established around “ISO9001-2000″, we have established good cooperative relations with many customers in 48 countries and regions, such as the United States, Japan, South Korea, India, Europe, and developed hundreds of products. Many of these products are exported to the United States, Germany, New Zealand, India, South Korea, Japan, Belgium, Taiwan, Southeast Asia and other countries and regions.The company passed ISO9001:2000 certification in 2002, high-tech enterprise certification in 2003 and OHSM18000 occupational safety and health management system certification in 2004.